(Bonus) Steve Case on Investing Outside of Silicon Valley

Steve Case is obviously an internet and technology legend, as the founder of America Online. But as I said when I did a segment about it this week, I’ve always been fascinated with his Rise of the Rest Tour and Fund because, look, the whole basic principle of the project is to try new things, try to find new ideas and new people in new places. So after doing the segment on the new Rise of the Rest Fund II, I reached out to Steve to learn more about what he’s been learning as he’s been barnstorming the country to try to find exciting new companies outside of the major tech hubs. 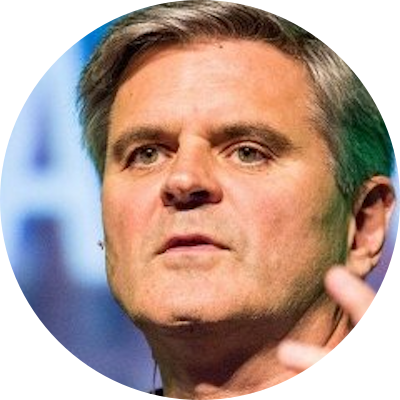 Steve Case is one of America’s best-known and most accomplished entrepreneurs and a pioneer in making the Internet part of everyday life.

He currently serves as Chairman and CEO of Revolution LLC, a Washington, D.C.- based investment firm he co-founded in 2005, where he partners with visionary entrepreneurs to build significant “built to last” new businesses. The mission is to establish Revolution as the premier firm outside of Silicon Valley.

Steve’s entrepreneurial career began in 1985 when he co-founded America Online (AOL). Under Steve’s leadership, AOL became the world’s largest and most valuable Internet company, driving the worldwide adoption of a medium that has transformed business and society. AOL was the first Internet company to go public and among the best performing stocks of the 1990s, delivering an 11,616% return to shareholders. Steve also ensured that AOL led the industry on issues such as making the Internet a safe place for children, bridging the “digital divide” and investing in online philanthropy.

At its peak, nearly half of Internet users in the United States used AOL. In 2000, Steve negotiated the largest merger in business history, bringing together AOL and Time Warner in a transaction that gave AOL shareholders a majority stake in the combined company. To facilitate the merger, Steve agreed to step down as CEO when the merger closed.

In 2010, Steve and his wife, Jean Case, joined The Giving Pledge and publicly reaffirmed their commitment to give away the majority of their wealth to philanthropic causes.

Steve was born and raised in Hawaii and retains active ties to his home state, but has lived in the Washington, D.C. area for more than 25 years.